Think of people who are the best.  Tiger Woods, Joe Dimaggio, Michael Jordan, David Beckham.  Now imagine playing next to anyone of them.

If you have just a passing proficiency it would be difficult to tell the difference between the two of you.  Except where the ball landed.  The difference between Pavoritti or Itzhak Perlman and the number two in opera or violin can only be measured in very small fractions.  But what a difference that fraction makes.

The Bliss Philosophy is built around the idea that if you are already engaged in a relationship you are like the number two guy.  Working harder is not going to get you the results you desire.  However, slight small changes, that in sports or music will produce remarkable results are similarly true in marriage and parenting.

Using his training as a stand-up comedian at the Improv in LA, Rabbi Baars has developed a knockout, modern, multimedia presentation that gets you rolling in the aisles from laughter.

Built on the principle, that a great parent is also a great spouse, this innovative, non-denominational seminar demonstrates key skills and simple techniques that transform any relationship.

Loving relationships are a product of loving people, and once the participants master the skills, their parenting and spousal roles improve tremendously.  Couples quickly learn the art of communication to produce a more successful, satisfying and nurturing marriage or relationship.

In 2006, the U.S. Department of Health and Human Services, Administration for Children and Families (ACF) awarded BLISS a grant under the administration’s Healthy Marriages Initiative. With this grant, BLISS has been able to partner with leaders in local government agencies, community organizations and houses of worship in Washington, DC, to increase awareness of the importance of healthy marriages and in offering the seminar to members of their sub-communities. 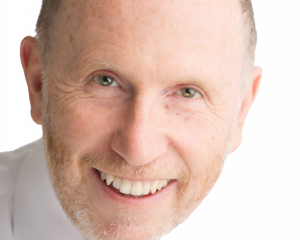 Rabbi Stephen Baars, creator of BLISS, has been a pre-eminent educator and marriage counselor for more than 20 years. He is known for his talent in imparting important ideas with creativity and humor, especially in the areas of marriage and parenting.

Rabbi Baars has successfully counseled hundreds of couples, making marriage counseling his specialty. It was these counseling experiences, along with his extensive work motivating people that spurred him to begin the development of the BLISS seminar.

BLISS is one of the many educational seminars he has authored and presented over the past 20 years. Others include Thrill and The 13 Paradigms and his book, Bliss.

Born and educated in London, Rabbi Baars did nine years of post-graduate studies at the Aish HaTorah Rabbinical College in Jerusalem and studied comedy at UCLA with a well known comedian, Taylor Negron.

Rabbi Baars and his wife, Ruth, are blessed with seven children.