“Life isn’t fair” is about as common a complaint as, “get used to it” is an answer. And both these bumper stickers are at the root to why people aren’t succeeding in life, love, business or anything for that matter. You might say, “But everyone has these feelings!” Which is not really accurate. It’s not everyone, it’s really 99% of everyone. There is a small group of people who have figured out that you can’t find success in life and be resentful – you have to choose. The mind works in such a way that to succeed in life, you must have a winning attitude. At best, you can have individual successes, and we all do. But to turn those successes into a consistent pattern called a great life, you have to have a winning attitude. Let me explain.
Continue Reading
No Comments

Is it time for world peace yet?

December 31, 2012 | admin
Let me explain why dieting is just like world peace, and just as difficult.   No one has ever achieved anything of any great import, not least for the world, because they simply liked that idea.     Given the choice of wanting to lose weight and feeling like eating a doughnut, the doughnut is odds favorite to win -- that's why Dunkin-Donuts is still making money.   If the best you can manage in your goals are things you would like to do, then your feelings, that have always stopped you in the past, will continue to win out.
Continue Reading
One Comment

What I find fascinating about this obituary, is not simply the story, but that a street beggar's death got a full page in the New York Times. Celestine Tate Harrington, died Feb. 19, 1998 from being struck by two cars as she traveled down the middle of the street on her gurney in Atlantic City. She was 42. Harrington was born with stunted, useless arms and legs. Her teenage mother had attempted to have an abortion, but the procedure went wrong and instead Celeste was born with limbs that stopped working below her elbows and knees. She traveled face down on a motorized hospital-style gurney, steering it by using her head. In 1984 she began working the Boardwalk using a slot machine bucket. She was cited dozens of times by police for begging, soliciting, making noise or not having a mercantile license. But in 1989, city officials agreed to relax insurance requirements for her and create a special "event" permit under which she could perform legally. In 1996 she published a book...
Continue Reading
No Comments

is a mountain of resentment. It's a most inconvenient truth, success attracts resentment. I don't mean the gritted-teeth resentment of your old high school buddy who is still making minimum wage when your home computer company goes public allowing you to retire to a private Caribbean island at 23. It's not the people who resent your success that's the problem here, rather, it's the other way around. Let me explain. The higher up the success ladder you climb, the more incentive for people to rip you off. Simply put, the friends you make in poverty are more likely to be motivated by only friendship. It's not that rich people can't have friends too, it's just that there is an incentive for less than scrupulous people to wax your car. This doesn't mean you can't have a resentment free life. It's just that success, in-of-itself won't do it. Success is a good thing. But success without resentment is an even better thing. So how do you rid yourself of resentment? Judaism has been around for 3,500 years and achieved success over success. Therefore, we've had to deal with a lot of people who offered to wax our cars and ended up taking the radio. To express it mildly. Some people think they can squelch a good resentment by settling the score. But anyone who has tried that path can attest, it doesn't keep the total number of resentments at bay. Like zombies in a "B" movie - one goes down and three pop up. No matter who you are or what you can do to others, there is always someone else who has more clout or is stealthier. Therefore, the resentment free path does not start with payback or revenge. Then how?
Continue Reading
No Comments

...doesn’t ever happen, and what does happen is not on the list! In error, you might conclude, “I have the wrong list.” Despite the fact we complain about it, it’s for this reason we follow the news and current tragedies – we want to compile the "right" worry list. I hate to break it to you, but 99% of what EVERYONE worries about doesn’t happen. Whatever list you or anyone else has, G-d is using a different one. Even the President of the United States who has a small army of staffers just dedicated to figuring out what to worry about didn’t list the Twin Towers coming down. If the President couldn’t figure out what to worry about, then what chance do you and I have? In short, we not only have a list of worries, but we also worry about whether we have the right list! Interestingly, and as odd as it might sound, happiness is worrying about the right things in life (Proverbs 28:14). What is the right worry?
Continue Reading
No Comments

How birds see it 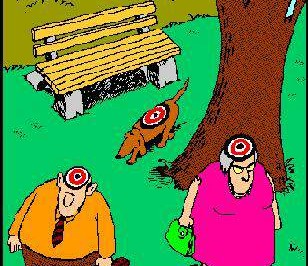 When my son was 8 years old he came to me and said, "I just realized something!" His enthusiastic tone indicated an insight worthy of Newton. "Water isn't fun unless you are in it." And even though the National Academy of Sciences isn't going to publish that one, he's right. There's an old saying, when you are a hammer, everything is a nail. My son thinks the purpose of life is to have fun. Everything therefore, is only here for him to have fun. I don't want you to think, that I think, my son discovered something on par with a new planet or a cure for aging. But what he did, we should all do, when things don't make you smile, don't give up. In his mind, the only reason for rain is for fun. When he didn't have fun with it, he had to find out why. Thus his "brilliant" insight - you have to be in it. Why don't we think like that?
Continue Reading
No Comments

I don't want to sound alarmist here and start a national pandemic, but if you have seen the movie Contagion, then you know we are talking about a major motion picture scary experience. It all started, when Erik Lindenauer noticed odd things happening. Now, according to many leading experts, 24 out of every two dozen parents suffer some kind of P.B.M or related illness. Yet despite it's widespread and growing infection rate, there is no medical protocol for its prevention or cure.  Therefore, it's up to each one of us to do everything we can to save ourselves from Parent Brain Mush. Click here to see the first signs of infection and learn for yourself the 3 simple things you can do to keep your mind safe....
Continue Reading
No Comments

December 20, 2011 | admin
I remember visiting the stately home of Henry VIII. He was the richest man in the world in his time, but he had neither air conditioning nor indoor plumbing, no Tylenol nor a heated Shiatsu massage chair.  We are all richer than the richest people of the world of just 75 years ago. What we take for granted today, kings and queens of Europe could not have envisioned. In fact, everyone reading this article is well within the top 1% of the richest people walking around the planet today. That means 99% of the world’s population think that if they had our money, they would have nothing to complain about.  So why don't we feel that rich? If you and I were born deaf and it cost $10 billion for an artificial ear, we would ogle and drool at the thought of being rich enough to afford such a thing. Could a private jet compare to hearing music or a bird’s song in the morning? So why don't we appreciate the ears we have? Why do we look at the people who have limos and private jets as having so much more than us?
Continue Reading
No Comments 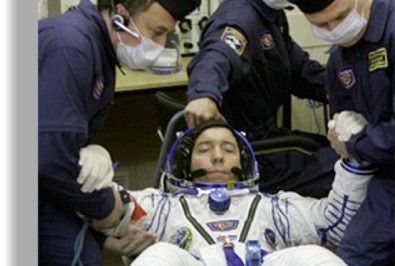 Which is worse, to lose parts of your mind like your cognitive skills or your ability to remember, or is it worse to lose a body part like a limb, ear or eye? Take the slow elevator to the top floor of the Empire State building with a person whose mind has seen better days and you might consider throwing yourself off when you get to the end. Losing your mind is the pits. However, as a culture we spend inordinate amounts of time and energy trying to maintain our bodies in an attempt to delay the inevitable effects of wear, tear and age. However, we do precious little to keep our minds healthy and nimble even though the same rules of depreciation apply. What doughnuts and soda do to the body, television and the general lack of mental exercise will do for the mind. What most people don't appreciate is that your elevator buddy didn't intend to get in this state and unless you do something different, then there we all go. Not a cheery thought. Let me again compare it to physical exercise. If I didn't know any better, then this would be my ideal work-out regimen: Click the Link
Continue Reading
No Comments