Weddings Are Not Just A “”Couple”” Thing

January 20, 2008 | admin
After tasting a dozen different samples, you and your fiancée have decided on a moist banana nut wedding cake with decadent cream cheese frosting...
Continue Reading
No Comments 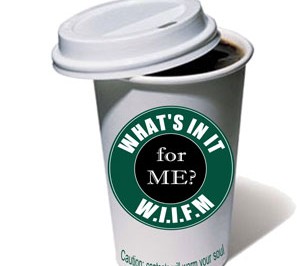 I remember visiting the stately home of Henry VIII. He was the richest man in the world in his time, but he had neither air conditioning nor indoor plumbing, no Tylenol nor a heated Shiatsu massaging chair.  We are all richer than the richest people of the world 75 years ago. What we take for granted today, kings and queens of Europe could not have envisioned. In fact, everyone reading this article is well within the top 10 percent of the richest people walking around the planet today. That means 90 percent of the world’s population think that if they had our money, they would have nothing to complain about.  So why don't we feel that rich?
Continue Reading
No Comments

January 20, 2008 | admin
Would you get frustrated after a long day at work and, when you arrive home, you discover a house in total chaos with your spouse sitting down with the kids reading a book?
Continue Reading
No Comments

January 11, 2008 | admin
What if there were a magic wonder drug that could confer all of the following benefits: Increase life expectancy Lower a cancer patient's risk of dying from the disease Lower a surgical patient's risk of dying in the hospital Strengthen the immune system Decrease rates of schizophrenia, alcoholism and suicide
Continue Reading
No Comments