How many light bulbs does it take to change a husband? 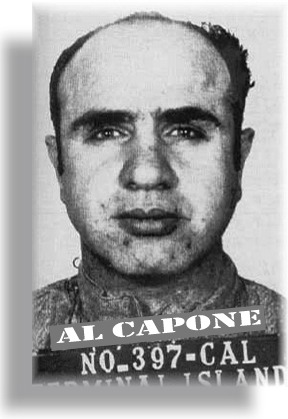 The use of force, at best, will only stop your spouse from engaging, it doesn’t make him smarter or more inclined to agree.

At this point let me define force. Force is not just physical. Force can also be yelling.

Because you are using anger to get what you want. However, it doesn’t really matter whether it’s hitting or yelling – they both don’t get you where you want to be.

In other words, no amount of yelling will equal any amount of him getting it. Getting mad or yelling does nothing helpful to further your cause.

Don’t get me wrong, if you are Al Capone it’s a different game. My father tells the family story of his grandfather who picked up his new son-in-law (my father’s father) and held him out of his fifth floor apartment window by the ankles until he promised to treat his wife (my father’s mother) better.

Marriage counseling was a lot different in the good old days!

However, for most of us such tactics are not an option. But the truth is, even that doesn’t really do any good.

Force doesn’t convince anyone of anything. Force is no substitute for reason, as we are finding out in the Middle-East. Force is simply not an argument.

What you need is a way of explaining your views to your spouse. It’s not about making him unhappy by nagging or screaming until you get your way. It’s really all about making each other happy so he will be glad to help.

That’s no small thing and for many of us it doesn’t come naturally, but that’s what marriage, and learning how to be married, is all about.

So, how many light bulbs of complaining does it take before your husband can’t take it anymore?

I will tell you this much, it’s not an infinite number, one day you will meet the last bulb.