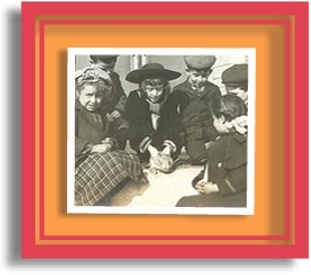 Let me explain the source of this delusion.
Within the parenting world a great debate has been raging that probably dates back to Adam and Eve. Should we tell our children our own dirt?
Of course this debate becomes ever so intense when it comes to the issue of drugs (although there are a few other issues that fall into this category as well).
As a general rule, telling your children all of the reckless things you did in your youth, whatever level of egregiousness, is not a good idea for the simple reason your children are not your friends – and unlike friends, they will not be much impressed by your stupidity.
For some reason, parents think they look cool to their children when they make statements like, “You think that was stupid, let me tell you what I did when I was your age….”
All that will do is remove any respect they might have had for you. Talking to your kids about drugs does not include telling them about your escapades in the matter.
This is where we get to the delusional bit. You might think that one of those made for TV parent-child chats over dinner is going to stave off any imminent deviant behavior. This might be great if you are looking to get an Oscar, but will do nothing to help your child.
Let me explain why with a question — what do suicide, self-mutilation and joining the Taliban all have in common?
These are all things you don’t want your children to ever do, and yet you probably have no thoughts of discussing these topics with them. Why?
Because unless you did a stint in the Taliban in your teens, then your lifestyle and values make this choice unthinkable. To you and your children.
The truth of the matter is that whatever you tried in your youth STILL remains a part of you — whether you have continued to do it or not, and whether you talk about it or not.
If you did it then, it’s because you could do it then. But it doesn’t end then, it’s still within you, and it will be available to them too.
By example, it’s far from uncommon to see the child of a parent who used to be an alcoholic become similarly addicted. Even though that parent never told a soul, and even though he stopped drinking well before the children were born, nevertheless, the lifestyle that led him to make that choice (as a youth) is still there when he raises his children.
In other words, you can’t really hide from your children. If you tried drugs in the past, then that choice is within your personality gene pool and is probably within theirs too.
If you don’t want your children to go there, you need to do much more than just having a little talk. Your lifestyle and values must impress upon a child that these deviancies are not attractive options.
Stay tuned, because there’s a lot more to tell.
See our previous article on the subject:
"When I said, talk to your kids about drugs, I meant…" click here.