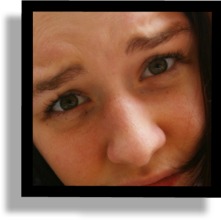 Whenever wildly successful people talk, Steve Jobs, Warren Buffet, Richard Branson, Bill Gates, to name very few, they all speak in the same basic language that precludes them from using this word.

Successful people never blame anyone or anything. They don’t harp or whine or make excuses, they simply state their lives, goals or successes – they just don’t have time for blame.

The misnomer is that these people don’t blame because they never had anything to blame about! They weren’t ripped off or abused like the rest of us, they are the lucky ones!

But this is simply not true, everyone has every opportunity on an almost daily basis to blame someone for something, and unsuccessful people never waste that opportunity. If you are someone who blames, it’s simple to prove, take a moment and go speak to the person you think has all the luck, and ask them.

You will be shocked to find out that they have just as many unlucky moments as you, if not more. To be honest, I too used to believe in the luck fairy, that is until I did what I am suggesting you to do. After two or three conversations I started to realize what was going on, blame is the true opiate of the masses.

People can spend their whole day vexing about their mother, father, brother, spouse or boss and not get a single thing done.

You may be thinking a simple gripe at the end of a long day eases the pressure, but it doesn’t. It has the same effect as breathing in while in the grips of a Boa constrictor. You are going to regret it!

As a parent, what blaming does is show your children how to deal when things don’t work out the way they would like. Blame someone else.

And if that were all it did, it would be bad enough, but it just doesn’t stop there. Blame allows your son or daughter to give up.

That’s because it’s so much easier to blame someone else than to trouble yourself to tackle the obstacles of existence. Therefore if they can blame, they will blame. And if they do blame they won’t try.

And they will repeat this process whenever they find the opportunity.

Why work hard to achieve something when I can feel almost as good by blaming someone else?

Look at this choice a child has to make:

a) Work hard and maybe succeed and then maybe get some recognition.
b) Give up and blame someone else and feel sorry for myself and maybe even get some sympathy.

Hmmm, sounds appealing, especially if my parents do it all the time. And not only do my parents look for sympathy themselves, they give it out freely for my excuses.

If you want to have a great life stop blaming your parents, spouse, children, accidents of nature, whatever.

If you remove blame from your life, then you have no excuse to not succeed.

And if you think you are different and entitled to blame and receive sympathy, call up Warren Buffet and explain it to him.

Don’t have his number? Sorry, blame me.